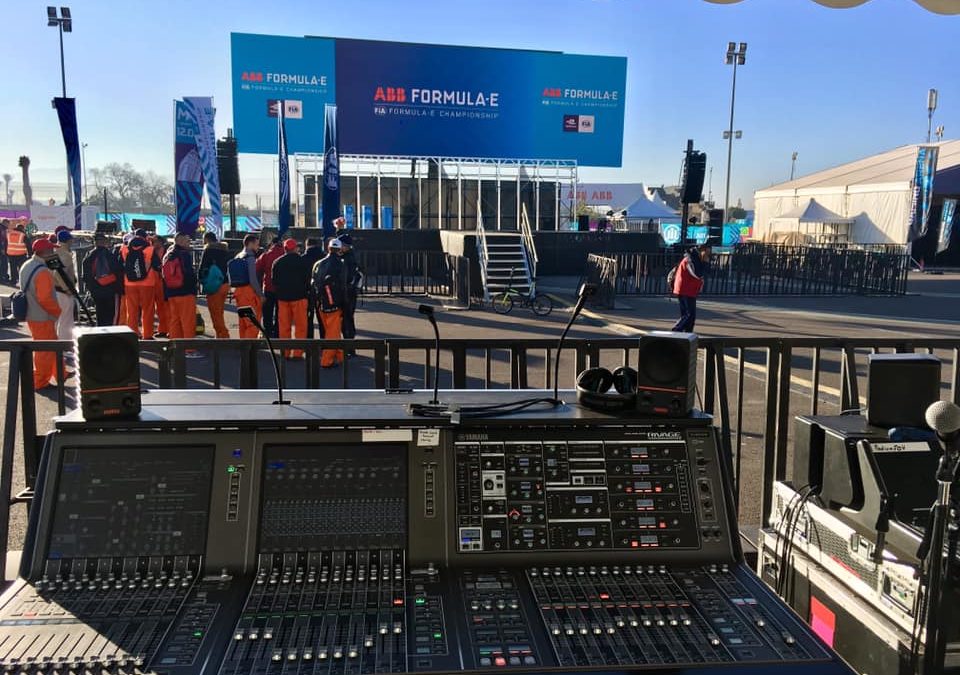 We are ready to race.

Together with Clair Global, AudioRent Clair is providing all audio technology and signal distribution for the FIA Formula E race on Saturday 13 January in Marrakech, Morocco.
Our audio and data services team covers the entire track area and also provides the feed for the worldwide TV and Internet broadcast.

For this purpose, tens of kilometres of optical fibre were laid in a redundant ring to put a dual-redundant DANTE system into operation. As switches, about 50 Cisco Catalyst 9300 are used, the audio runs through 32 Lake LM44 audio processors and four Yamaha Rio 3224-D2. Yamaha QL series and Rivage PM7 are used as consoles.

It couldn’t be more international – we’re loading in in Morocco, our team members are from the USA, Switzerland, Germany, Great Britain, France and Australia.